Born in Alice Springs in October 2006. Auzzie had been illegally taken from her nest  and kept as a pet.  The authorities intervened and passed her onto wildlife carers whom in turn contacted Yvonne Sitko in Perth, Western Australia.

The Department of Biodiversity’s Conservation and Attractions issued a licence for Auzzie to travel to Perth and remain under the care of the Western Australian Birds of Prey Centre.

Since 2006, Auzzie has become a well known ambassador for her species. Not only providing awareness for her species but also education to the masses.  At every home game for the West Coast Eagles, Auzzie flies 15 minutes before bounce down, entertaining the member and inspiring the players.  During  quarter time and half time Auzzie can often be found in the VIP or corporate boxes once again, spreading the conservational message. 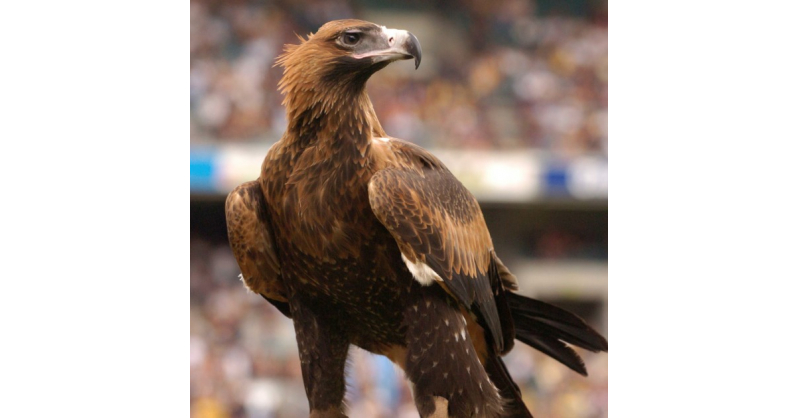